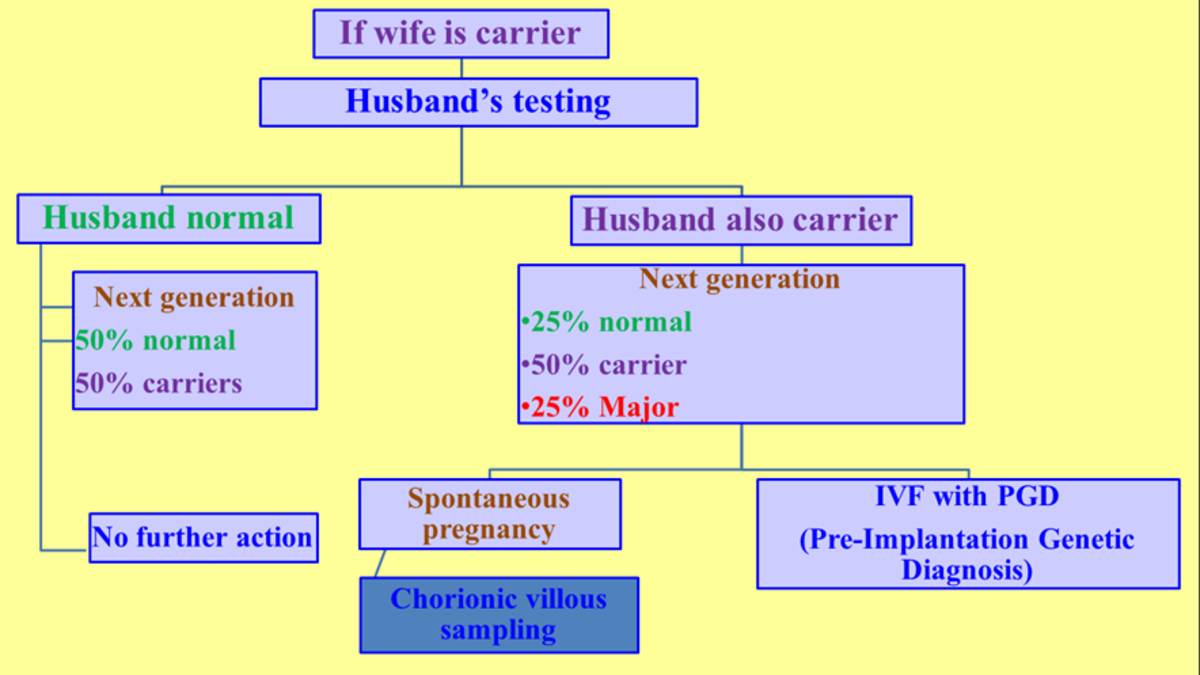 They had arranged marriage 6 months ago. Family members on both the sides considered all possible factors before they agree to this marriage. Within 6 months of their marriage they were able to give good news to the family that they were going to be the parents. Everything was alright. There was no problem in pregnancy. In right time Tania gave birth to a baby boy. Everybody was happy. The baby was named Sanket. He was growing well. But after 6 months, Sanket faced some problems in breathing. The doctor found that he had less haemoglobin in blood. It was literally a bolt from the blue when Saikat and Tania came toknow that Sanket was having Thalassaemia Major. Sanket required blood transfusion every month. At his ten years of age, he was found to suffer from iron overload because of regular blood transfusion. So he needed additional medicines for it on regular basis. Saikat was working in a private sector, while Tania was home-maker. It was next to impossible for them to bear all the expenses. Meanwhile the doctor advised blood testing of both Saikat and Tania. It was found that both of them were carrier of Thalassaemia Minor, which was not tested before.

They were in relationship since their college days. They finally decided to marry. As both were well established in their fields (Suman being Software Engineer and Reshma, lecturer in a college), the family members did not find any reason to object. The initial days were spent happily. However, while Reshma could not become mother even five years after marriage, they consulted a fertility specialist. The doctor advised some tests. But Reshma was in hurry and so she got some tests for herself and Suman and requested the doctor to start treatment before doing the other tests. Within short period of time she conceived. This time Suman decided to send her to her mother’s place where she visited another doctor regularly. Again everything was going well. Reshma delivered a cute baby girl. They named her Raisa. At her first birthday, Raisa suddenly became very ill and was hospitalized. This time, the paediatrician advised some blood tests and the result turned out to be Thalassaemia Major. The same doctor, now, requested blood test for Suman and Reshma. Unfortunately, both were found to carry Thalassaemia. Now the blame game started. Suman’s parents were even thinking of their divorce and 2nd marriage for Suman with a girl who is not thalassaemia minor, because they wanted a healthy baby. As a last resort, Reshma took Suman to their original fertility specialist. He told them there are some ways to prevent the disease in the second baby. The question is, if these disasters could have been avoided.

Thalassaemias are genetic conditions leading to anaemia because of less amount of haemoglobin inside our red blood cells. Haemoglobin contains two matching pairs of proteins (chains)- alpha and beta. In beta thalassaemia, one or more of the beta protein chains are not made properly leading to less haemoglobin. It is one of the most commonly inherited conditions (transmitted from parents to the babies) in the world. It mostly affects people from India, Bangladesh and Pakistan.

What are Thalassaemia Major or Minor?

If a person has two of these defective genes (one from each parent), he/she will have the serious condition beta thalassaemia major. However, if the symptoms are less severe, it is called beta thalassaemia intermedia. People with thalassaemia major will need regular blood transfusions throughout their life. However, it can lead to excessive iron in their body (iron overload), which can damage the liver, heart, lungs, pancreas and pituitary gland. This can be prevented by some medicines (usually injections) to reduce the iron in their body. This is called iron chelation.

If someone has only one of these defective genes (from one parent), he/she will be carrier of the condition. This is called Thalassaemia Minor.

How baby can be affected by thalassaemia?

How can we know whether we areThalassaemia Carriers?

The answer is simple. At least the woman should have thalassaemia testing. If she is thalassaemia carrier, the man must be tested. The test can be done-

3. When you seek treatment for Infertility

Most of us have an idea that the couple should go to gynecologist only after they fall pregnant or when there is difficulty in conceiving. But we all know that prevention is better than cure. Then, why should not we take precaution to avoid complications in pregnancy so that we can have healthy mother and healthy baby? The same principle applies to thalassaemia testing also.

Is there any problem if we (both thalassaemia carriers) marry?

There is no problem, provided you plan your pregnancy only after consulting doctor.

Both of us (Husband, Wife) are thalassaemia carriers. Is there any solution?

Of course, there is something you can think about. As mentioned above, the chance of having thalassaemia major baby is only 25%. That means in 75% cases, the baby will be either absolutely normal or can be carrier of thalassaemia. Now, to prevent birth of thalassaemia affected baby, the options are-

You can plan for natural conception, if there is no difficulty. During CVS, some tissues from the placenta (the structure that provides nutrition and oxygen to the baby during pregnancy) can be collected using a fine needle inserted through your uterus (womb), under ultrasound guidance. This is done usually through your tummy (abdomen), sometimes through vagina. This is usually done after 11 weeks of pregnancy. A tiny amount of placental tissue is sucked up into a syringe. The needle is then taken out and your baby is observed for a short time on ultrasound. The material to the laboratory for confirmatory testing. This is, because the placenta contains the tissue that is genetically identical with your baby’s tissue.

The eggs collected from the woman are fertilized with the sperms from the man. The resulting embryo will be tested in the laboratory for thalassaemia major. Only the embryos who are not having thalassaemia major, are transferred. This testing is called PGD.

What are the merits and demerits of CVS?

However, if the results show that the baby is affected with thalassaemia major, the options remaining for you are either abortions or to take the risk to give birth to the affected baby, considering all the factors. In the second case, you will have opportunity to discuss the care of such baby with your paediatrician and haematologist.

There is a small risk of serious infection. The procedure can cause some discomfort, but is not painful.

What are the merits and demerits of IVF-PGD?

You can know, from the very beginning that the embryo you carry in your womb is free from thalassaemia major. Thus, you can avoid the risks of CVS. If you do not like the procedure of abortion, PGD is a very attractive option.

However, you have to go through IVF, even if you can conceive naturally.

Again, the chance of success after each cycle of IVF is only 40%. That means,out of 40 women having IVF and PGD, only 40 can conceive and 30 can go home with the baby.

I do not have problem with fertility. But both of us are carriers. Should I consider IVF?

You can consider CVS after natural conception. But if you want to avoid the risks of CVS and do not want abortion, you should go for IVF. Here, the IVF is done, NOT for infertility treatment, but to check the embryos for PGD.

I have been advised IVF because of my infertility. But both of us are carriers. What should I do?

Of course, in that case, you should strongly consider PGD along with IVF. However, the cost of PGD must be considered here.

"A stitch in time saves nine”. It is our responsibility to protect our next generation from the curse of Thalassaemia. So, please check your thalassaemia status before it’s too late.