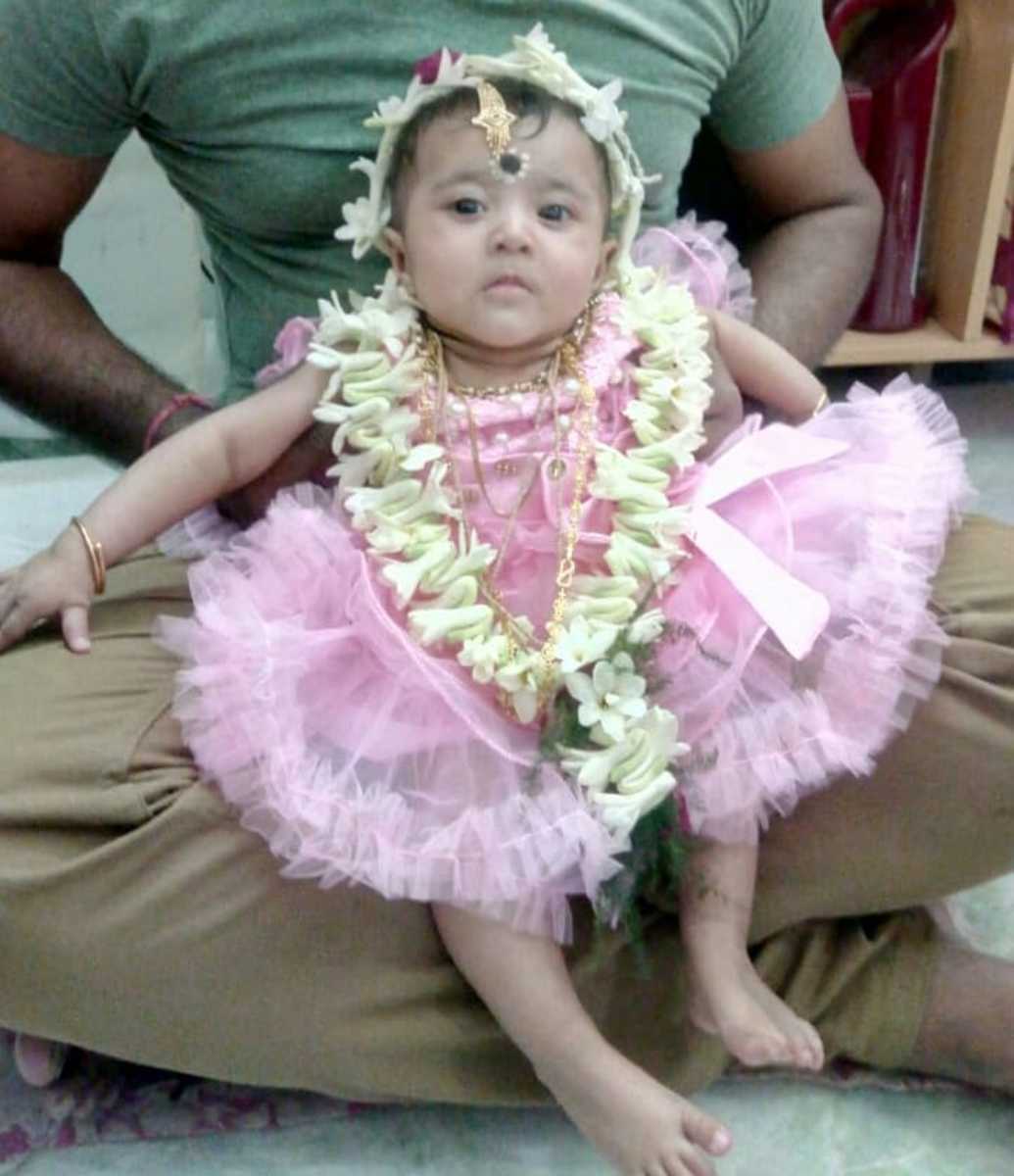 Picture sent by the patient, with permission to upload it.

It's the perseverance, confidence and obstinence.

They visited us in 2016 after having long duration of Infertility and 2 previous miscarriages both around 6 weeks (no heart beat was seen).

She underwent laparoscopic ovarian cystectomy outside. We found that she was having PCOS and endometriosis. She was not well responding to the oral medicine (Clomiphene) used for Ovulation Induction (OI). At that time another oral medicine (Letrozole) used for OI, was banned in India. So she required Injection for OI. However, she had family history of Twin pregnancy.

In January, 2016, after discussion, they wanted to do IUI. At that time 3 follicles developed. After explanation, they wanted to move ahead. However,during IUI, because of nervousness, the man could not produce the semen. Disappointed, they returned back. But they conceived in that cycle. It was Triplet pregnancy. However, one baby did not grow. So it became twin with heart beat of both appeared well. Everything went well. We did combined test, anomaly scan and Fetal Echo cardiography and all were normal. Only problem was she developed anaemia and Liver Disease (Obstetric Cholestasis).However, in June 2017, there was a bolt from the blue. All of a sudden, she developed severe pain and when she arrived the hospital, it was advanced labour at 22 weeks of pregnancy. Both babies delivered normally but unfortunately both succumbed soon after birth, for being extremely premature.

Nobody can imagine the level of stress, depression and frustration they were going through.
But they never lost hope and never lost confidence on us. Again they tried treatment. Finally in January 2018, they again opted for IUI.

But during IUI, same problem happened, semen collection could not be done. So,they were asked to try themselves. She conceived for the fourth time. Now we asked them use of some medicines (tablets, gels, injections) "Empirically", as no cause of repeated miscarriage was found. We explained the limitations of these treatment options (that they may not work well). But they did not want to take any chance. So after discussion, we offered them those treatment.

Again, this was also the twin pregnancy. She developed obstetric cholestasis and anaemia again. Initially everything went well. We advised regular scan to look into the length of the cervix. From 22 weeks, the cervix (the neck of the uterus) became shorter.

In twin pregnancy, stitch is not helpful (otherwise we usually put a stitch in the cervix, with the hope to continue the pregnancy for longer time). The cervix became extremely small at 28 weeks. So, after giving steroid injection for lung maturity of the baby, we decided for delivery by C Section.

Both the babies were born healthy. But unfortunately one baby developed severe infection and passed away. The second baby was released after long duration of treatment. Now finally both the mother and the baby are doing fine..

We are especially thankful to them for having faith on us for more than 2 years during their hardship and struggle.