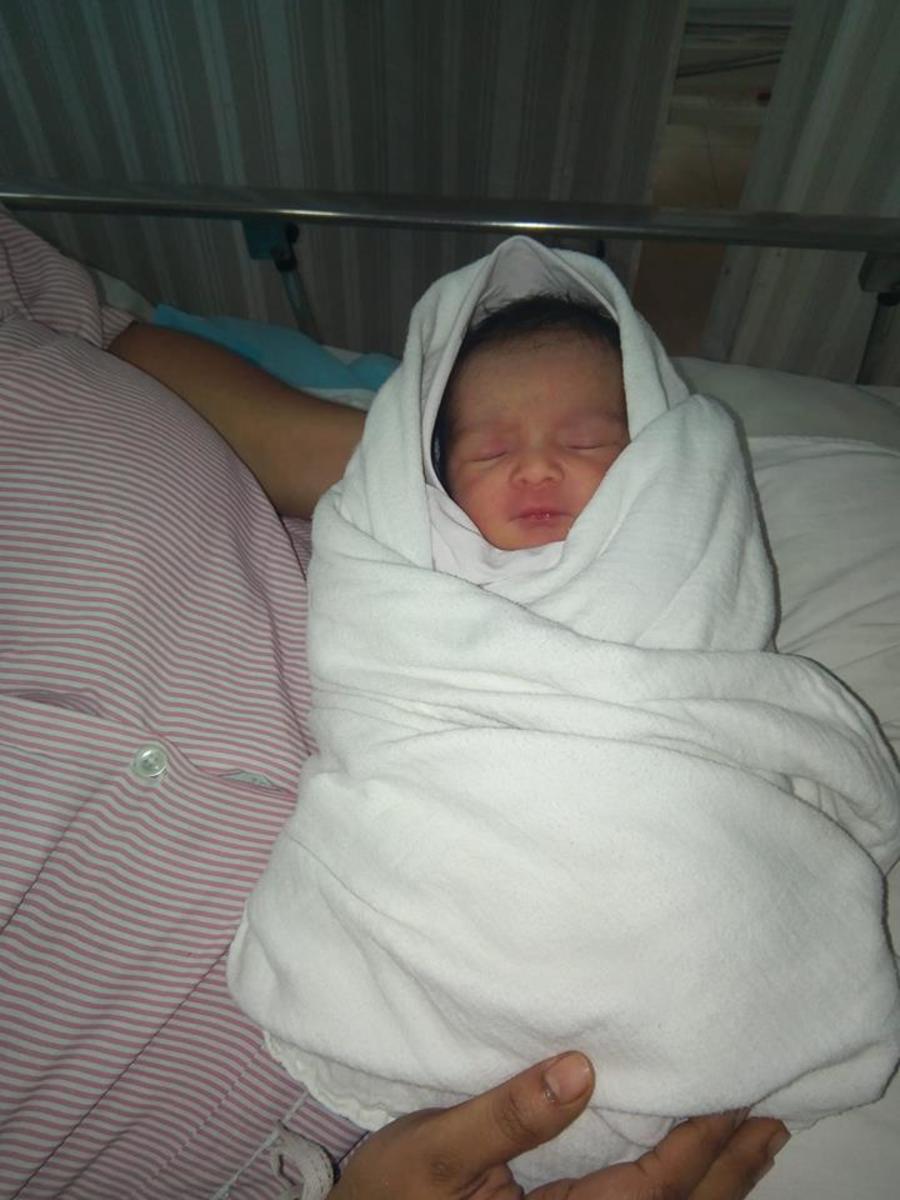 They came to us in May 2017 for the first time with difficulty in conceiving. All the reports were normal except that the lady had irregular cycles for PCOS, because of which she did not have "OVULATION" (eggs were not growing and getting ruptured).

Additionally she was suffering from hypothyroidism, for which L Thyroxine supplementation was started.

She was also overweight. So we advised Weight Reduction.

Finally they agreed to have "OVULATION INDUCTION" (OI) with oral tablet Letrozole. In the first month, we monitored her with TVS Follicular scan to confirm if Letrozole was able to start Ovulation. When it was confirmed, we advised them to try this medicine at home for another 2 months. At the end of 2 months she felt frustrated as there was no pregnancy. But in next month she got the good news.

However, it was HIGH RISK PREGNANCY, because of PCOS, Hypothyroidism and Obesity. We performed screening for GDM (Gestational Diabetes Mellitus) using 75 gram glucose for OGTT (Oral Glucose Tolerance Test), because she was at risk of GDM. However, it was normal.

She was at risk of Preeclampsia (high Blood Pressure and loss of Protein in urine), so we advised low dose ASPIRIN tablet with regular blood pressure monitoring. It was also normal.

Thyroid was well controlled with medicine.

The First Trimester Test (Combined Test) showed high risk for Down Syndrome (Chromosomal Abnormality and Mentally Challenged child). So we advised Amniocentesis (collecting fluid from mother's uterus, around the baby, which is Amniotic Fluid) to confirm the suspicion, after explaining all risks and benefits. Amniocentesis was done and the result was NORMAL.

The Anomaly Scan was normal. Because of Obesity, she was at risk of IUGR (Intrauterine Growth Restriction), restricted growth of the baby. So we advised Regular Growth Scan , which revealed IUGR. However baby's blood flow was normal.

So we gave her Steroid Injection to promote lung development of the baby and decided to deliver at 37 werk at NICU Set Up.

The delivery was done. Both mother and baby are healthy now. Because of weight, we advised her injection Low Molecular Weight Heparin (LMWH) to reduce the risk of blood clotting (Thrombosis).

We are grateful to them for keeping faith on us throughout their struggle.