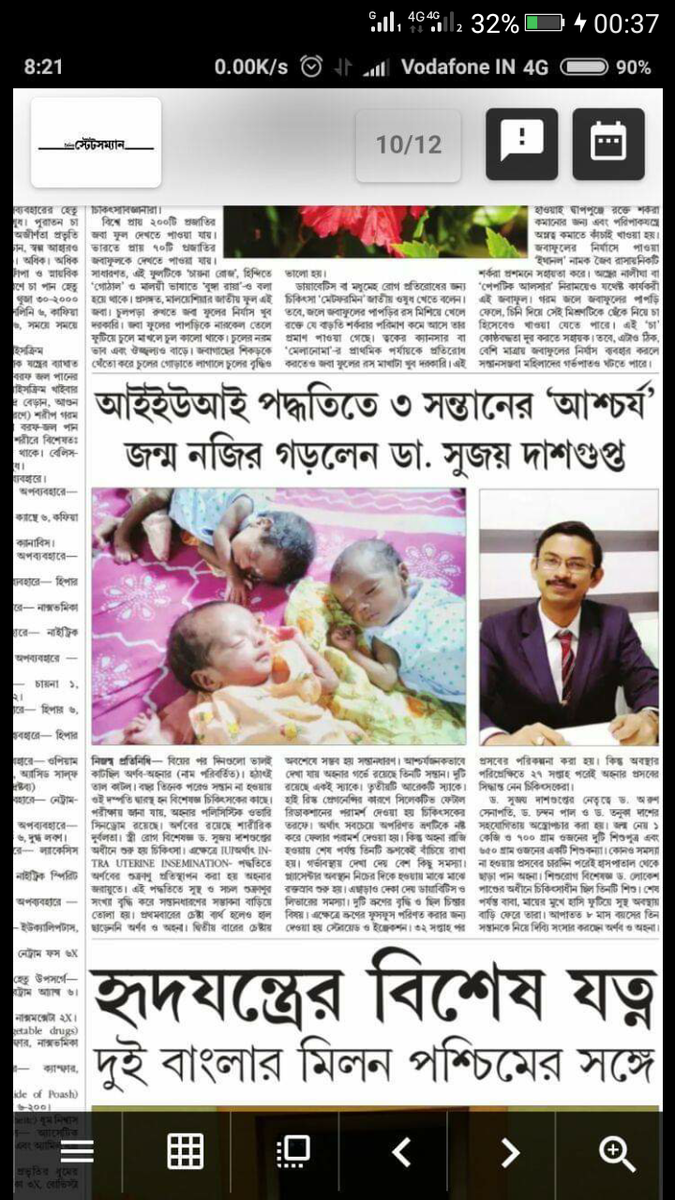 It was VERY HIGH RISK PREGNANCY and so, we offered her SELECTIVE FETAL REDUCTION (converting Triplet to Twin by“killing” the mostly affected baby).

But we had to respect her choices, as she said “High risk DOES NOT ALWAYS MEAN THAT I WILL HAVE ALL THESE PROBLEMS”.

She was thoroughly monitored by frequent check up, regular blood tests, 2 weekly ultrasound.

We decided to deliver her at 32weeks after arranging a JOINT MEETING with neonatologist, fetal Medicine specialist and the patient and her husband.

STEROID injection was given to promote LUNG MATURITY of the BABIES.

This time also, they held strong positive response, even after explaining the risks and costs.