Infertility or Sex Problems- Make sure that it's not DIABETES 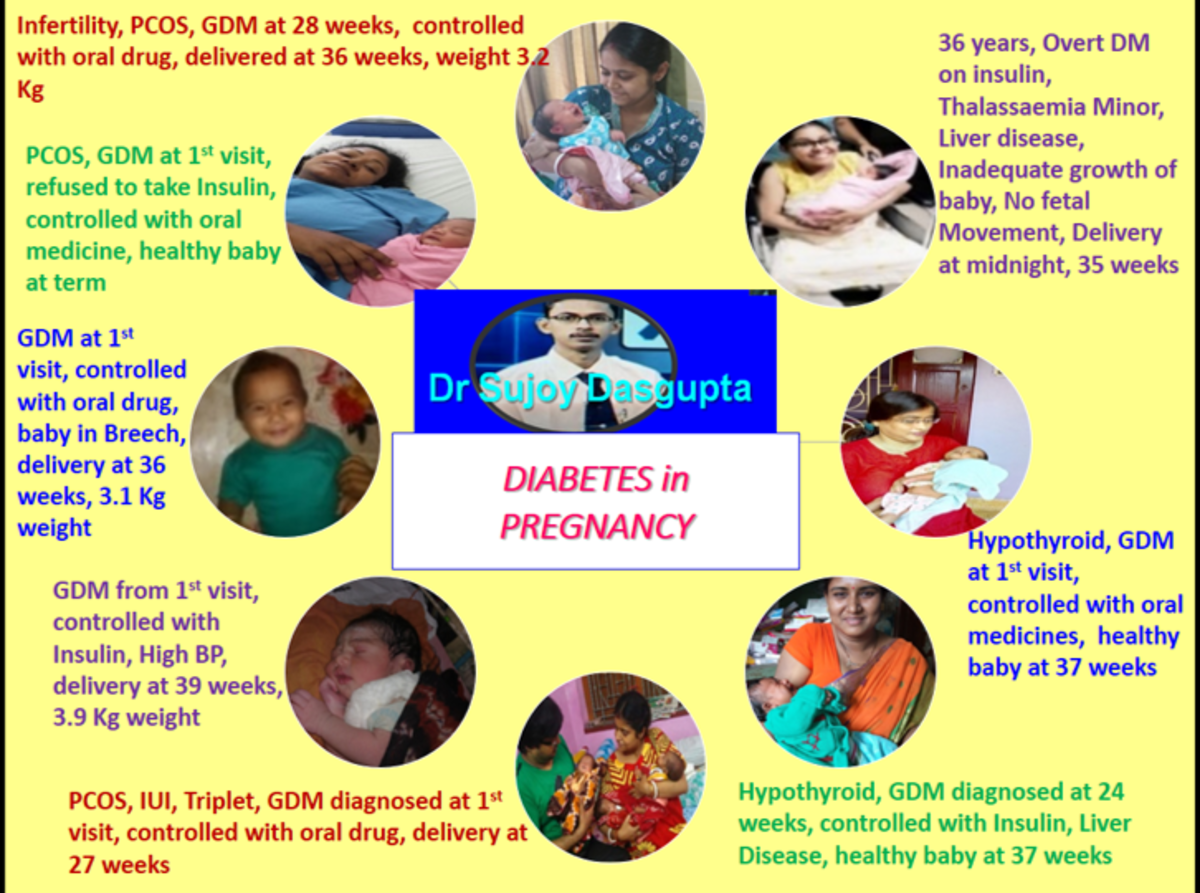 Scenario one: Mr PS, 35 years old, married for 5 years, now planning to have a child, suddenly felt that his erection of penis is not as good as it was earlier. initially he tried medicines shown in TV and newspaper and then many treatments through internet. but his problems persisted. Finally when he came to doctor, he was diagnosed to have ERECTILE DYSFUNCTION. Finally after checking, when doctor advised him blood test, it revealed high blood sugar and then he was advised anti-diabetic drugs. After starting this, his sexual performance improved much better.

So, what went wrong? Erectile dysfunction may be an early indication of diabetes. So, if you feel such problems, never ignore it and never feel ashamed to talk to doctor. If you try medicines shown in TV/ newspaper, your problem will persist and the diabetes may go to such point that your life will be threatened. So, never ignore such problem, however embarrassing it might be.

Scenario two: Mrs AM, a 42 years old lady having two children, gradually feeling of low sexual urge. Her husband tried many things but nothing worked. She also had repeated attacks of vaginal infections. After trying many things by themselves, they consulted doctor. And the cause of her LOW SEX DRIVE and VAGINAL INFECTION was found to be uncontrolled diabetes. And the story was same. She was put on insulin therapy and her conditions improved. But if she came earlier, she could have avoided insulin therapy.

So, if any male or female is experiencing low sex desire, he or she should not try various types of treatments by themselves. Proper diagnosis is necessary, so that life threatening diseases are not missed. And as you all know, diabetes can sometimes be life-threatening. So, just imagine, a situation for which you feel embarrassed to talk to doctor, can endanger your life.

Scenario three: Mr MQ, a 30 years old male, is feeling pain and discomfort during intercourse and also sometimes during urination. He thought it may solve automatically after marriage. But it did not. And then he also had bleeding sometimes during intercourse and the pain increased. When he presented to doctor, doctor diagnosed it as a case of tight foreskin or PHIMOSIS. And the next day blood sugar was found to be very high. He was cured by circumcision after controlling blood sugar level with insulin. But after that he was found to have problems in retina and kidney. These are all because of diabetes. had he not ignored Phimosis, he could have avoided these complications of diabetes (retinopathy and nephropathy).

So, if you feel any problems, particularly infections in private parts, do not ignore them Consult doctor and try to find out the cause.

Scenario four:. Mrs AR, 32 years female, having REPEATED MISCARRIAGE in previous three pregnancies. No apparent cause was found. Then blood sugar test was done properly and she was found to have very high blood sugar. Then she was advised to avoid pregnancy until sugar was controlled. She followed the advice and then conceived fourth time when blood sugar was normal. Then she delivered a baby who was totally normal.

So, if any couple is experiencing repeated miscarriage, they should test for diabetes first.

So, never feel that diabetes is merely a disease of sugar. It can affect every organ and system. So, if you feel any problems in personal or conjugal life, however embarrassing to you it might be, never feel ashamed, rather consult doctor and have proper diagnosis done. A stitch in time saves nine.