If Testicles are NOT in RIGHT position 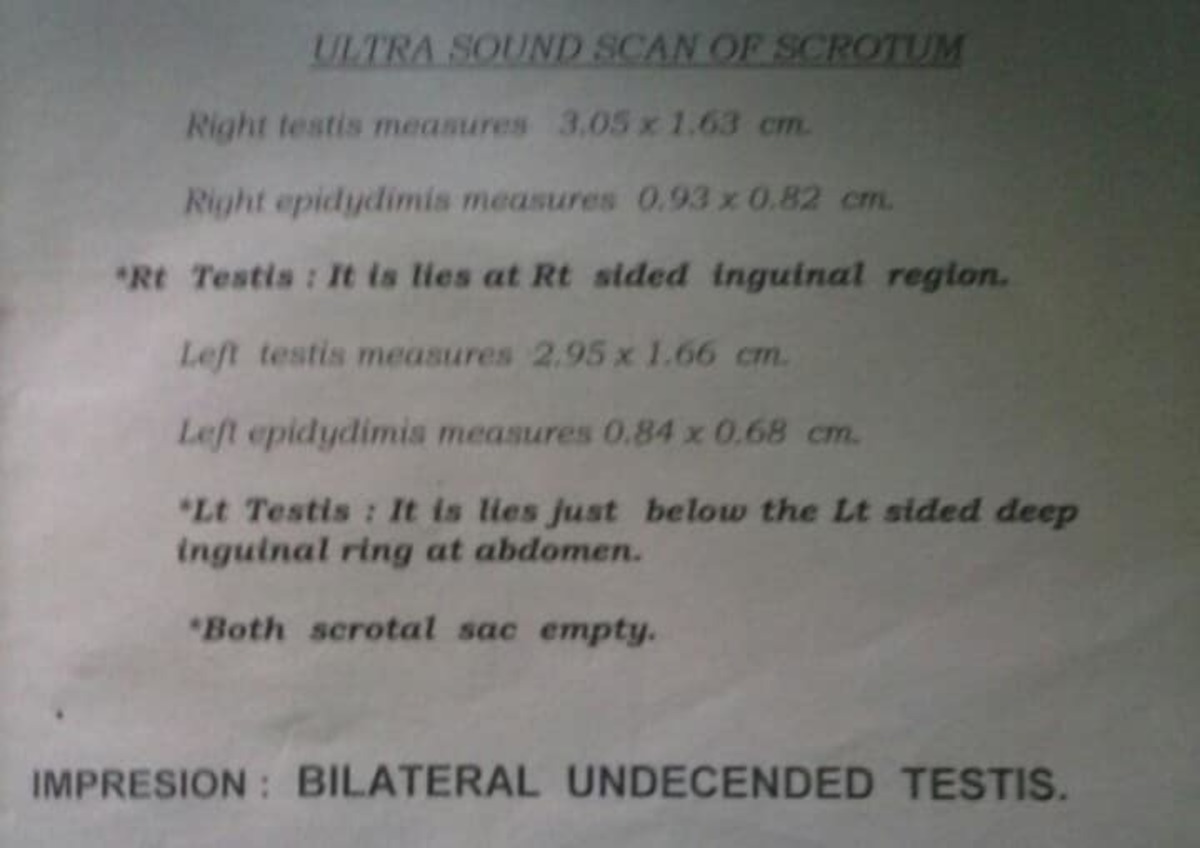 Infertility can happen if the testes are not in proper position.

But sometimes, one or both testes fail to come down completely inside the scrotum. This is called "UNDESCENDED TESTES". The exact reason is not known. It may be related to hormonal problem, sometimes chromosomal disorders or environmental causes.

As said earlier, sperm production needs lower temperature. So, if the testis lies inside the abdomen for long time, it cannot produce sperms. If one testis is undescended and the other is inside the scrotum and functions properly, usually the man can have adequate sperms. However, if both the testes are undescended, no sperms are produced and the man is infertile, unfortunately.

If at birth one or both testes are not found inside the scrotum, ultrasound examination is done to see where they are actually located. Then the following steps can be taken in an attempt to improve the future fertility.

1. If the baby boy is born prematurely, few weeks wait is reasonable, because the testes can come down.

2. If detected soon after birth, sometimes hCG injection can be used to promote coming down of the testes. However, it's role is limited and controversial.

3. In most cases, the undescended testis can be brought down into the scrotum by an operation, called "Orchidopexy". However, this operation must be done in infancy, to achieve the best possible function of the testis. Otherwise, orchidopexy is not helpful in improving the fertility.

What can be done if it's detected at late stage or in adult age?

The undescended testis will be nonfunctional. It can sometimes undergo malignant changes. So, one option is orchidectomy, that means removal of the affected testis, to reduce the risk of cancer. However, it may not be acceptable to many persons. In that case, the other option is doing orchidopexy, although it cannot improve fertility at this age. But after orchidopexy, the examination of testis becomes easier, so that the early diagnosis if cancer if the testis is possible. Moreover, the man feels psychologically better and there is better feeling of own body image.

The pictures are showing the ultrasound reports of two men presented to us with Infertility and Azoospermia (No sperms in the semen). These are uploaded with PERMISSION from the patients. .

Picture 1, 2, 3, 4- A 42 years old man. Only the left testis is undescended but the right testis is inside the scrotum. However, after proper tests, this man can consider testicular sperm aspiration (to collect the sperms from right testis, so that he can become biological father of his baby). 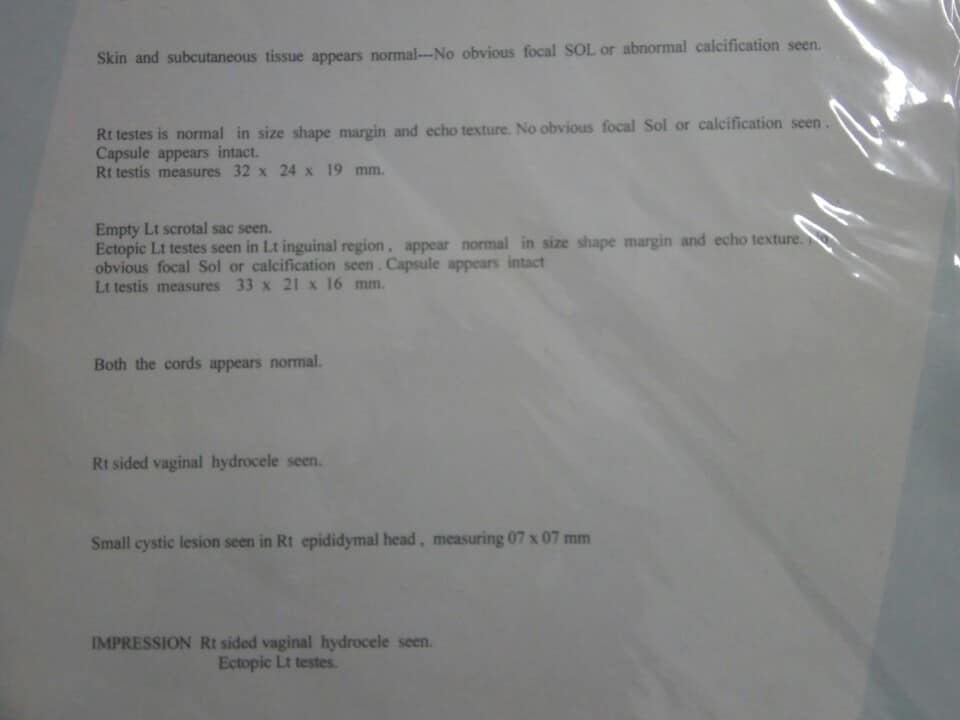 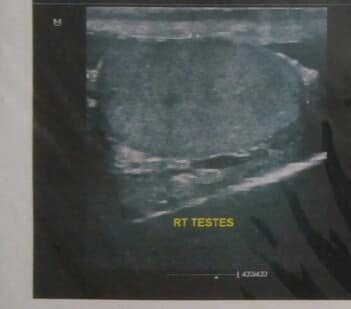 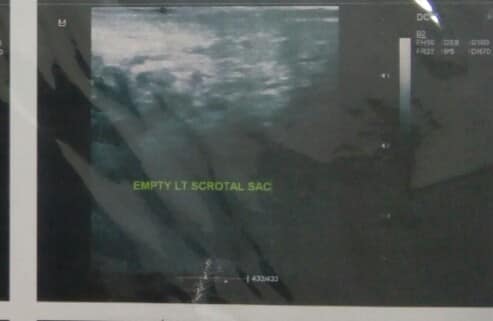 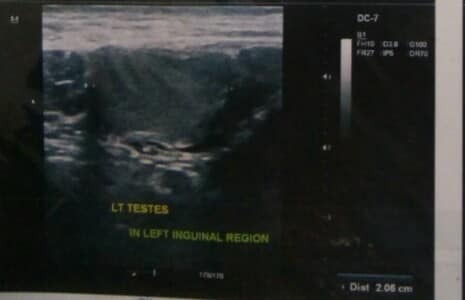 Picture 5- A 32 years old man. Both the testes are undescended. Unfortunately, only option remaining for him is Sperm Donation.. 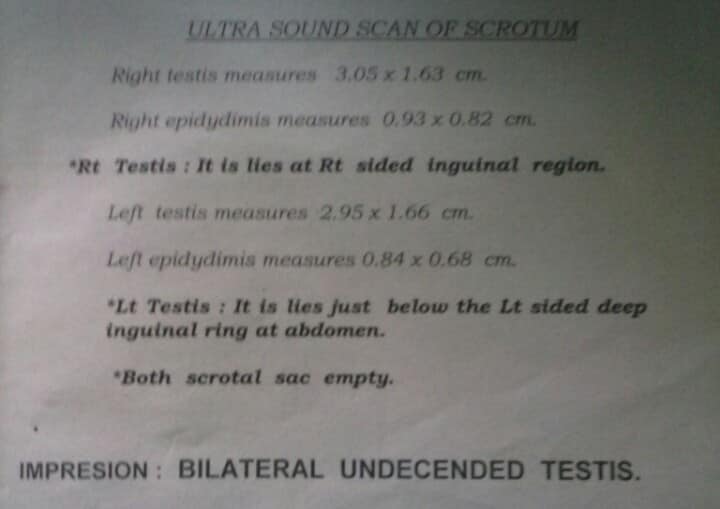