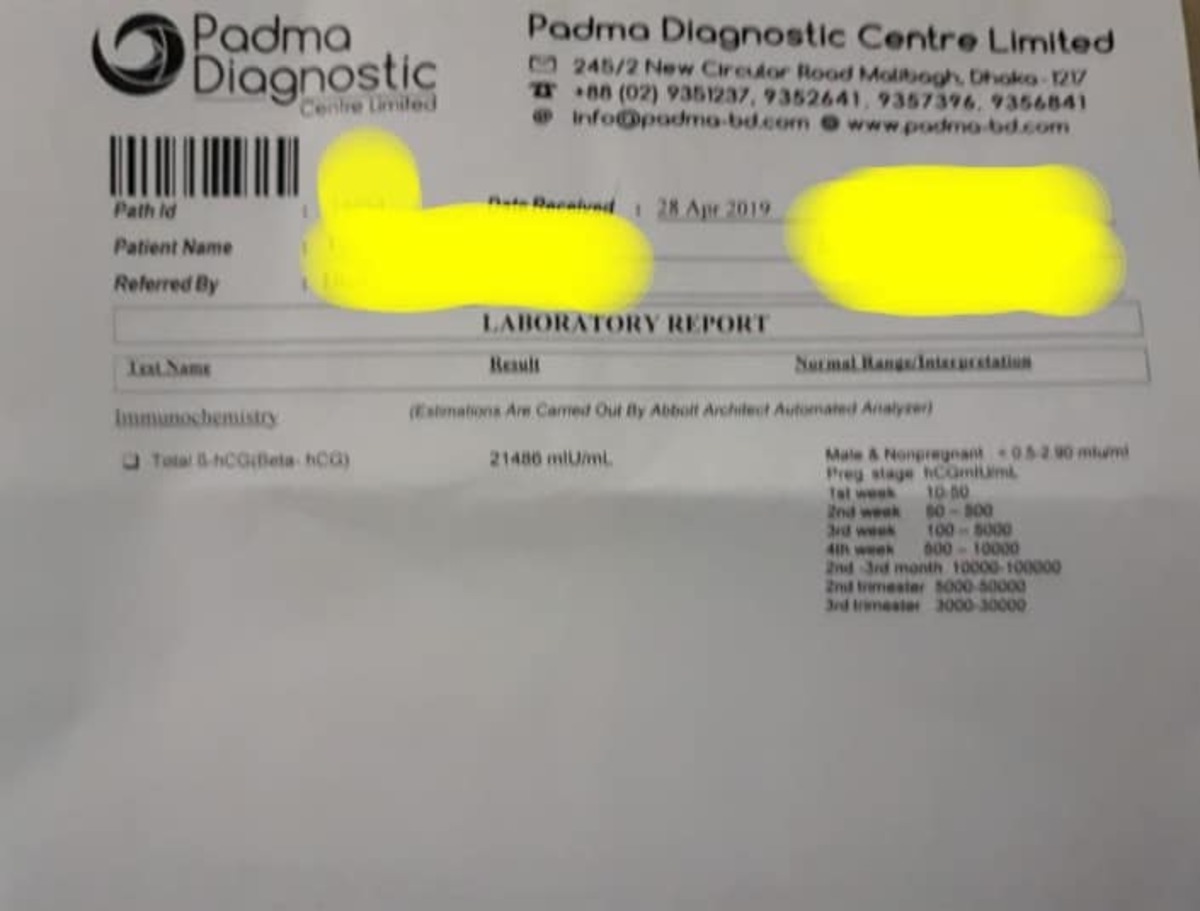 Message by our patient from Dhaka, Bangladesh.

The doctor-patient relationship solely stands on one factor, that is the MUTUAL TRUST. .This couple came to us last year (2018 April) with HSG Report done in Bangladesh. The report showed "BOTH THE FALLOPIAN TUBES ARE BLOCKED". In addition she is having PCOS (Polycystic Ovary Syndrome).

Before coming to us they decided for Laparoscopy to confirm tube block ("Laparoscopic Dye Test") and also if possible, to make an attempt to open the tube ("Hysteroscopic Tubal Cannulation"). .We discussed with them (after reviewing her age, AMH, TVS and Husband's Sperm reports), two options with pros and cons of each.

1. Laparoscopy, as they decided.

The advantage is that if the tubes are open or can be opened by the surgery, they can try naturally or do IUI.

The problems are the small risks associated with surgery and also, if Laparoscopy suggested tube block (that cannot be opened), they would need IVF (so both Laparoscopy and IVF would have been required).

The advantage is that they can avoid the disadvantages of Laparoscopy.

The problems are the risk of OHSS (Ovarian Hyperstimulation Syndrome) in IVF done in PCOS women, the cost factors and the fact that the chance of pregnancy is 40% per transfer (According to the International Medical Literature).

They decided for Laparoscopy. We advised that they can do a test, called SSG (Sono Salpingography), at nominal cost, as another test to see if tubes are open and if SSG shows block then only they should think for Laparoscopy or IVF.

As they were running short of time, we advised to do SSG from Dhaka and inform us. However, they did not do that and requested us to arrange for Laparoscopy at Kolkata in September. As per their request, we booked the theatre, alerted the anaesthetist and other members of the surgical team. They visited us in Kolkata in September on a Thursday. We booked for the surgery on Saturday. But we offered them SSG on Friday to have a second test.

Fortunately, the SSG showed open tubes so we cancelled the operation and advised them that they can try naturally with medicines. They didn't need IVF at that stage as she was relatively young. We advised "OVULATION INDUCTION" with Letrozole to be taken at Bangladesh and do TVS Follicular Study from Dhaka (we advised to get it done by us from Kolkata, but they couldn't) and inform the reports, so that we can know if she was responding to Letrozole. The first cycle showed she had Ovulation. We advised them to try it for another 3 cycles.

Finally they decided for IUI in May. But before coming to us, they got the good news. We are grateful to them for having full belief on our treatment. What is more surprising is that, even before they got the results, they referred their relatives to us for treatment. So, it's all about the TRUST.

Please pray for them. 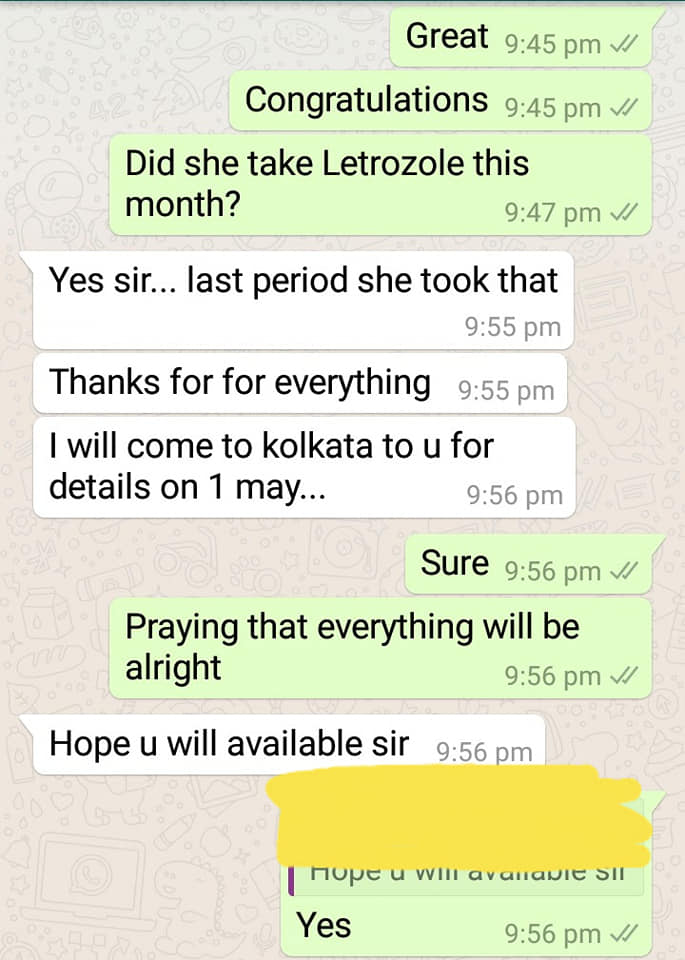